Military TBI:
Scope of the Problem 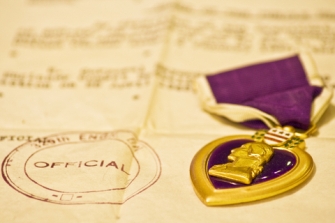 Since the beginning of operations in 2001 the Army has provided over one million troop-years to Operation Iraqi Freedom (OIF) and Operation Enduring Freedom (OEF) through December 2008.

Active-duty soldiers alone have contributed over 700,000 troop-years to these two wars. Military TBI has been a consequence

Explicit mechanisms (for example, improvised explosive devices [IED's], land mines, rocket propelled grenades) account for 78% of the injuries in servicemen and women injured in Afghanistan and Iraq, which is the highest proportion seen in any large-scale conflict (Owens et al., 2008).

Insomnia is a concomitant clinically significant problem seen in soldiers returning from combat deployment that can also contribute to memory loss. Dr. Wolf sees this in his practice daily, and must account for the impact of sleep when providing neuropsychological evaluations of soldiers.

Important: What is Sleep Apnea?

What about Sleep Apnea Cures

What to do about Sleep Deprivation

IMPORTANT: Memory problems affects up to 76% of those evaluated for Military TBI

Depression is a common mood disorder that impairs both social and occupational functioning. The lifetime prevalence rates of depression are 7 to 12% for men and 20 to 25% for women (Kessler, Berglund & Dernier 2003).

These rates are above those seen in veterans who did not deployed to combat.

Of course as we know alcohol can also affect memory and brain functioning.

A recent meta-analysis (a study looking at many studies) by Magruder and Yeager, 2009) indicates that from the current conflicts the estimated prevalence of PTSD among OIF/OEF deployed populations range from 4.7% to 19.9%, but among the nondeployed comparison groups in 3.2% to 9.4%.

Recent data from research by Belanger, Kretzmer, Vanderploeg and French, 2010 suggests that much of the symptom complaints in mildly injured traumatically brain injured patients may be due to emotional distress.

So... does military TBI contribute to memory loss. It certainly does!We will have more articles about this topic in the future.

For more information on this topic see:

Invisible Wounds of War: Psychological and Cognitive Injuries, Their Consequences, and Services to Assist Recovery (2008) by Lisa H. Jaycox and Terri Tanielian.