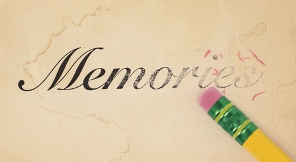 Dementia is taken from Latin, originally meaning "madness". It is from de- "without" + ment, the root of mens "mind").

The need for dementia treatment is a serious public health issue that is affecting an increasing number of people as the population ages. However, as will be seen in this series of articles, dementia is not only a condition that affects the aged.

The disorder can have a gradual or sudden onset depending upon the cause. Alzheimer’s disease (AD) for example can occur slowly over time. Vascular dementia can progress over time reflecting the cumulative effects.

However, there can be a sudden onset of dementia related to stroke, traumatic brain injury, or metabolic dysregulation (i.e. chemical reactions of metabolism) requiring dementia treatment.

According to Alzheimer's Disease International World Report of 2009, the World Health Organization (WHO) should declare memory loss disorder a world health priority. Thus, the importance of dementia treatment.

Further, national governments should declare dementia a health priority and develop national strategies to provide services and support for people with dementia and their families.

Dementia research data projects that memory loss diseases will double every 20 years. There are now an estimated 24 million people living with some form of dementia throughout the world.

In the United States there are about 77 million in the baby boomer generation. By the year 2030, these men and women will make up approximately 20% of the total U.S. population. As a result, health experts currently estimate that at least 10 million Baby Boomers will develop Alzheimer's.

The cost to society is estimated to be $60 billion (that's billion with a "b") a year.

The number of people with a major form of memory loss and dementia (Alzheimer's disease) is predicted to triple in the next few decades. Alzheimer's disease is now the seventh leading cause of death in the United States.

Dementia is defined as the loss of brain function that occurs with certain diseases. There a numerous diagnostic systems being used by professionals.

A common system that is often used is the Diagnostic and Statistical Manual of Mental Disorders (DSM-IV). The criteria include memory impairment in at least one of four cognitive (thinking) disorders.

The first is aphasia. Aphasia is an impairment of the person’s ability with language. It is a disorder that results from dysfunction to the parts of the brain that are involved in language reception or expression.

The second is Apraxia. Apraxia is a disorder of the brain in which the person is not able to execute a task or movement even when a request is understood.

A third DSM-IV criteria is agnosia.

Agnosia(ag•no•sia) is a general term for a loss of capacity to recognize people, objects, shapes, sounds, or even smells. For more information on Agnosia go to:

The executive system includes the parts of the brain (pre-frontal cortex) that manages other cognitive or thinking processes. My former professor Dr. Elkhonon Goldberg often referred to this area of the brain as the "conductor" of the orchestra (brain parts).

The World Health Organization (WHO) defines Dementia as “a serious loss of cognitive ability in a previously unimpaired person, beyond what might be expected from normal aging.”

What about Memory Pills?

Alcohol Dementia: What is it?

Brain Fitness Program - What is it?

Symptoms of Dementia and Memory Loss

Get More Info on MemoRise for Improved Memory and Retention